Memo is launching a major update to identities!

This update allows multiple keys to be linked together as a single identity. From early on delegated keys had been planned. (The improvement proposal MIP-0003 was added in 2018).

Three new protocol actions are used for linking keys. Using these actions a hierarchy of keys can be created.

Additionally, Memo accounts have been updated to use a mnemonic seed phrase for generating keys. The HD paths used are:

This makes it easier to backup your account and allows tokens to be sent to a separate address, reducing the risk of accidentally burning them. There is an upgrade process for existing accounts and a setup process for new accounts.

For existing accounts your old address along with the new SLP address are linked to the new mnemonic address. All satoshis and tokens are moved to the new addresses. Once that is complete the old Memo key can be revoked and rotated out.

For new accounts only the SLP and main addresses need to be linked.

For all accounts it is recommended that an off-site parent key is setup. This key will be the highest of your identity and can be used to take control of your identity even if your Memo account were to get compromised. 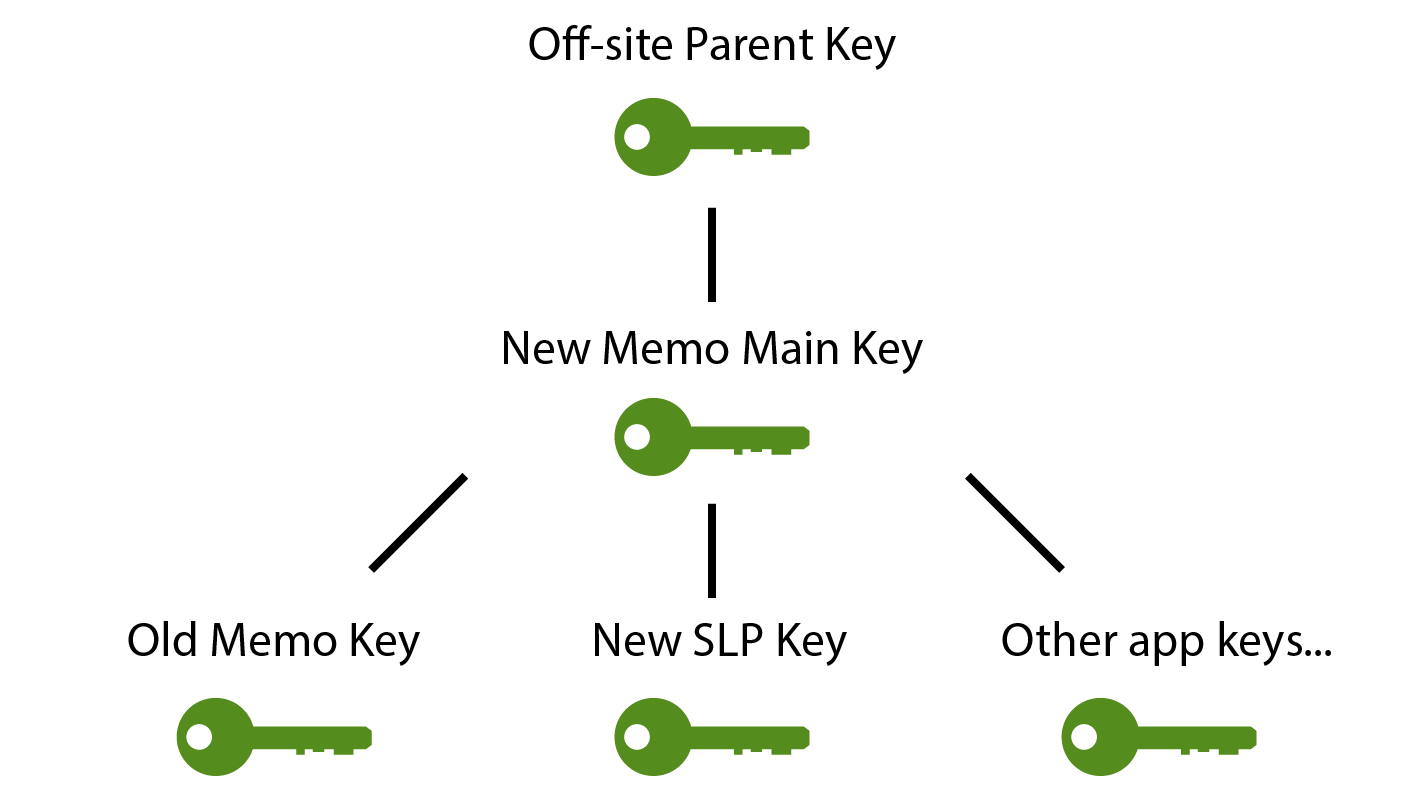 This also allows you to link your Memo account to other applications.

For accounts that revoke their original memo keys (upgrade step 6), the old memo key will no longer be usable in the new system. Future activity performed using the old key would show as revoked and be hidden on the new site. For example, if you used the key on the old Memo.cash site or other apps like Member.

The update will be moved to the main site after a beta period. BSV is also not yet supported, but will be.