Joël Valenzuela
Had a great time rambling with Scott Cunningham about crypto, regulation, tax issues, and financial self-sovereignty. First time I got more viewers on Odysee than YouTube!
I really like to see you work independently, do you still believe in #DASH possibly having a bigger success than #BCH ?
1

Jstodd 15nyZt
Idk... by what metric should we determine failure?
They failed because #DASH is simply growing way too slow in comparison to the direct competition which is #Bitcoin Cash #BCH? Centrally planned coin has little snowball effect.
1

Tek
I just bought in.
Good luck! If everything works out, #DASH platform will be released in the year 3015!!!

BMAP.APP 1KfJVR
171d
#DASH being pumped after latest videos have been released of the working but still non-released product (3 years behind schedule) Getting ready for the last dump to get out! What shall I swap my remaining DASH for?
2 / 3 1

Joël Valenzuela
211d
I heard stablecoins were all the rage, may I interest you in a payments-focused one that was $65 in early 2017? Epic store-of-value! 😅 #Dash 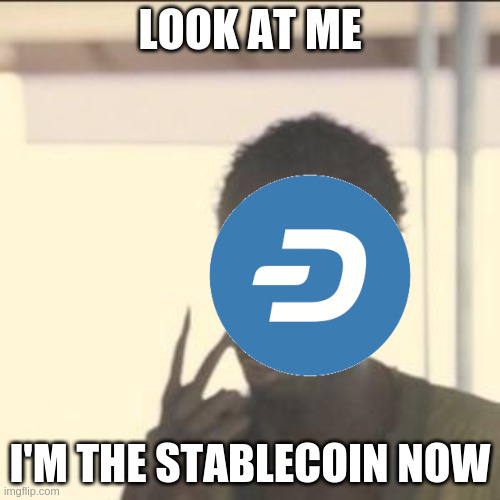 The-One-Law_Sanctuary
Curious about this point: "#DASH has proven that hierarchical governance fails" suggested links/reading ?
From my personal investigation working directly with a few #DASH projects & interpretation of what happened during the past years with DASH Core Group, I assume that it is corrupted.
1 1,024

BMAP.APP 1KfJVR
264d
When will #DASH fans wake up and realize they have been scammed by Ryan Taylor with never ending stories about an upcoming release?
1 / 2 7 2,664

BMAP.APP 1KfJVR
275d
#DASH is Dead? After that the CEO Ryan Taylor is hoaxing the community for several years with ever changing features & release dates, they don't even get pumped anymore??
1

Dragon-Sided D
DASH is the marketing coin put together by a 3rd grade class of incompetent developers and pimped by the whore Joel.
#Dash is a fucking shitcoin and everyone is either a scammer or an idiot who hypes it.
1 1,024

ChainXOR
361d
These two guys get it!

BMAP.APP 1KfJVR
392d
I left the #BCH community into #DASH last year, went allin on DASH as I trusted the @DashWatch & @dash_text leadership @lorenzoreyc until I found out they reported fake results. Then @GeorgeDonnelly left: 1+2+3=EXIT
3 1,155

BMAP.APP 1KfJVR
392d
I pray for everyone who believes in good faith of @RTaylor05 @Dashpay DCG but I do not believe that anymore. I am afraid the #DASH DAO got corrupted as I went to explore their community and found many strange things.
2 555

BMAP.APP 1KfJVR
415d
Do you want to send some #BCH or #DASH so that I can buy bread & fruits to give it to these on the street which are totally fucked now? I have a fruit market and bakery which accept both coins right around the corner.
1 9
1
9,657