TheLegendaryTwatter
This is what you get for clinging to the SHA256 mining algo with low relative hashrate...well deserved tbh, bch community should remove their head from their asses.
From a usability perspective there is no difference between empty blocks or limited capacity.

TheLegendaryTwatter
replied 526d
MarchewkaCzerwona
Few hours ago, there was over 20 blocks mined in one hour. Now we have opposite. It looks like some miner is testing how much he can stress network by swinging hash power btc<>bch.
This wouldn't be possible if BCH mining was diverse and not concentrated. #ChangeThePOW
1 1,000

Kain_niaK
We are breaking records for this month, 82 minutes no block ...
#ChangeThePOW
1 600

freetrader
I suspect this sort of behavior, which is unrelated to lack of developer activity, will reflect badly on BCH and cause people to question how serious some miners' support for it is.
Sha256 miners are generally anti-bch and they proved their hostility a lot of times. 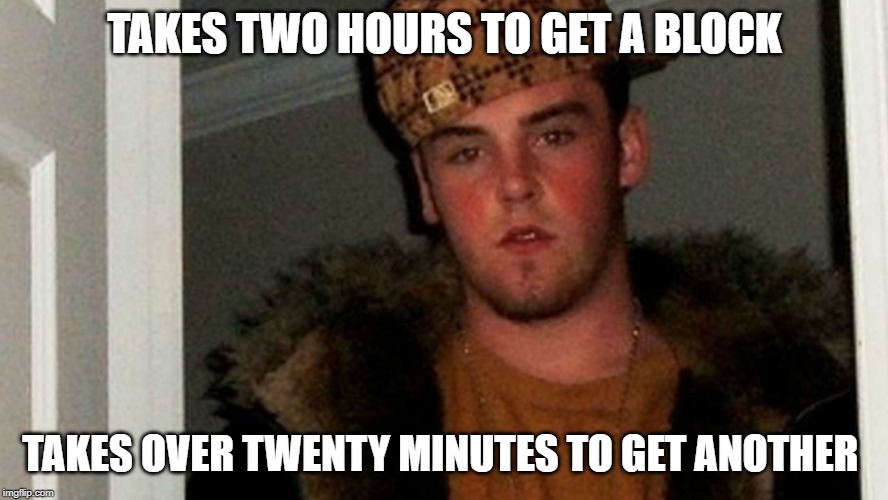 TheLegendaryTwatter
Mind, attacks can be executed from as low as 25% of the total hashrate present on the network. BCH is vulnerable because it has on 1-3% of the global SHA256 hashpower, meaning...
...that a single semi-wealthy person could attack it if he/she wanted to. Now ponder the groups that are vocally anti-BCH....