Time... the unity of the three dimensions of future, past and present

It seems that there is a not insignificant overlap of qtard magats and csw supporters. It's not a coincidence I'm sure. Stupid people being swayed by even more stupid and aggressive move together.
1 1,337

The immediate experience that you think is most personal are caused by societal myth. The emotions that you are glad you feel or hate that you feel are created by powerful institutional actors.

^Everyone just uses "bit coin" or BTC to refer to the block chain we call BCH today; like how HTTP became "the internet" after telnet.
2 567

What would save BTC: Nothing they WILL ever do or nothing they CAN ever do?

God is consiousness itself, experiencing reality through and as us. Eternity is found inside of every moment. Next question.
2 1,234

I read on the internet that Alex Jones is a secret jew who rapes children in his personal parlor found in a basement book store. Is this true! I'm just asking questions?
2

TrashPosterInTheDark
You know nothing.
Except logic and reason. I know those; something clearly missing among the people who prefer to imagine an impossible conspiracy than embrace the real horror of the world:

TrashPosterInTheDark
Yes child trafficking is not a real world thing, right you Morton?
Sure it's real. But it's not in the basement of a pizza place that has no basement, or being run by people who would just go on "vacation" instead of bothering with human trafficking.
1 / 6

e🌱xx🌱tra
This legislation path is a slippery slope of control. Every1 agrees, harming/ selling your child is wrong. (If everyone agrees why do you need the law?) 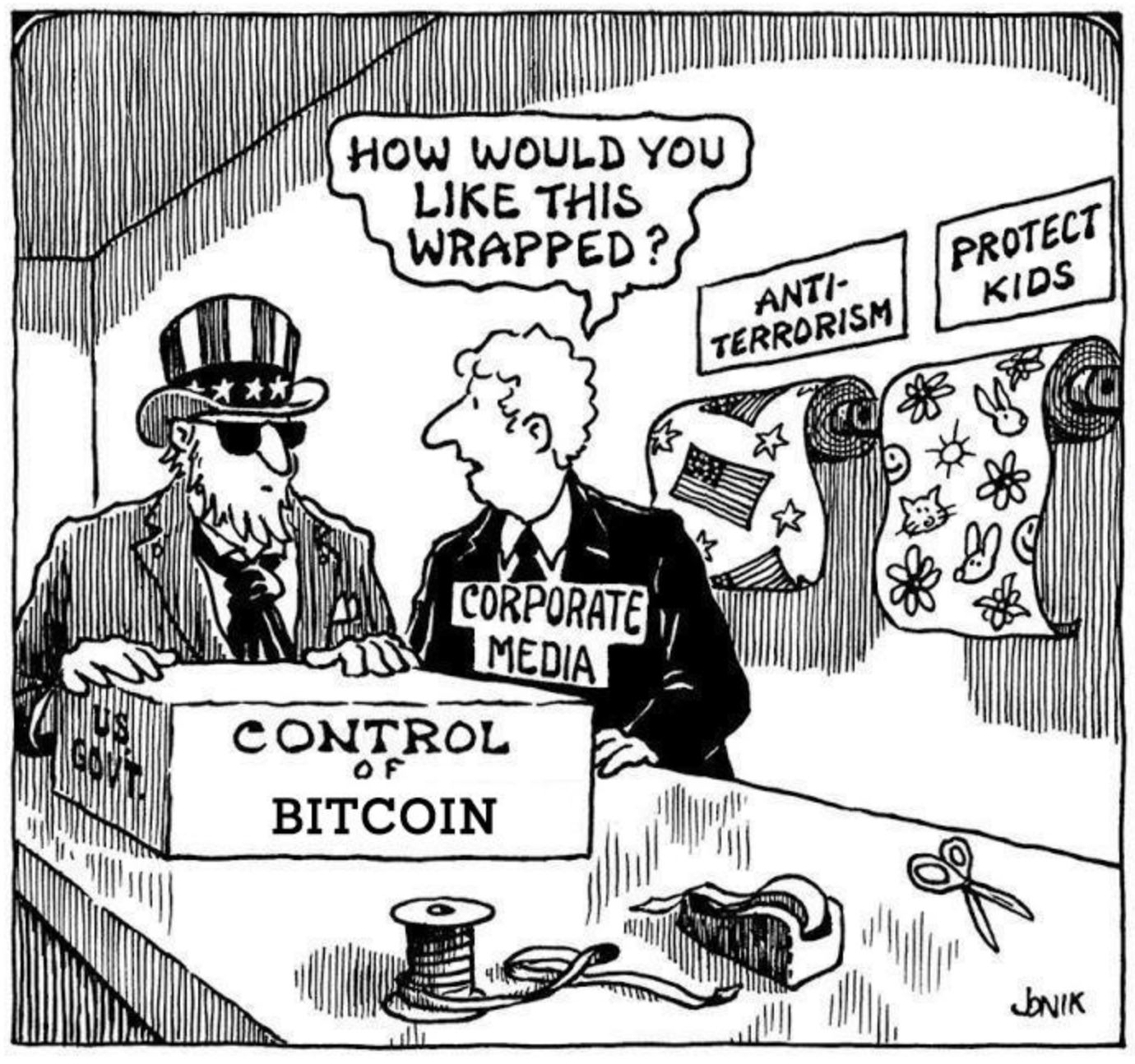 We do evil not from confusion, but for what it gets us. Scientists studying consciousness agree pigs are conscious and killing conscious beings is wrong, but they are not all vegan.
1 1

Online it works - in meat space you can hire an assassin or take my PK. Bitcoin IS cash and WHEN we all go to it, we'll need someone to stop phsycial crime - and someone to decide what crime is.

Humans are rules making creatures. We all create rules we live by. Liberty, freedom from other's nonsense rules, is HARD FOUGHT. Left or right, we mustn’t let the authoritarians take our liberty.

kokansei
This is not true. Investment will always be made as long as the expected risk/return is better than the rate of inflation. That holds true even if the rate is negative (deflation).
Inflation @ 3% example.
O1: Invest at -1% after inflation
O2: Do nothing
**
Deflation @ 3% example
O1: Invest at -1% after deflation
O2: do nothing
**
Inflation drives bad investment.

I am NOT making an “ought” argument regarding these assertions; I am saying that without consideration of these costs we will not have a full picture of how to help the unfolding of the future.
1 2,052

A3) Government does not seek efficiency, it seeks effectiveness. Efficiency is minimum resource usage for a singular goal (profit). Effectiveness balances stakeholders (investment in basic science)
1 1,052

A2) Without an inflationary currency those who hold money invest it less, thus without it radical innovation is less likely to occur.
1 / 3 1 1,052

However A1) Without a single entity to enforce property rights, life devolves to every man against every man, it is brutish and short.

S3) The government is much larger than is needed to enforce property rights.
2 13,052

2) S2) Fiat currency DOES allow government to engage in more violence than it would otherwise
1 2 11,052

1) S1) Capitalism CAN exist without government enforcement of property rights
2 8,052