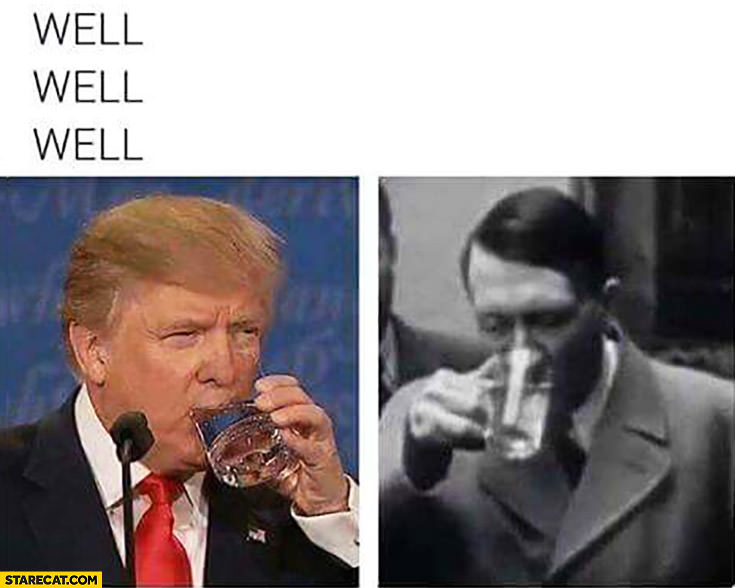 Chat.Chat X memo
Do you agree with John McAfee? 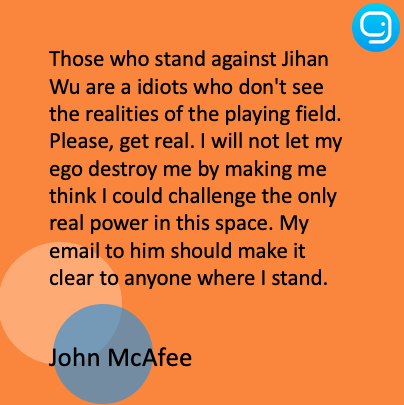 #hashwar #bitcoincash #bch #memo
I think McAfee, just like CSW, is a toxic ego for crypto.
5 666

BitcoinHoarder
PREDICTION: Jihan grudgingly admits defeat along with roger/haipo /Jiang. The dust settles. Merchants/users fall in love with Bitcoin (SV). Jihan joins forces with CSW to take down Core. Moon
Jihan wants more coins as he sells miners. They don't have to be profitable, people just need to believe they can be. He does not care about Bitcoin. He will not join forces with CSW.
1 1

ChainXOR
Failed? Besides, achieving a 64 MB block that takes 40 mins to propagate and NO increase on sustained throughput is not really that impressive. Watch when CTOR comes into effect ;-)
Remind me in 18 months lol. It’s on! Love competion. Breeds the best product
2 / 24 1

Septmike
It means nothing. Just a few days ago SV was at their all time low. It will go back the other way soon.
Ur assuming BTC hash has lasting interest in ABC. Remember, that hash has only been on ABC for 1 wk. Each wk of fight, BTC drops 1k. They likely hold BTC so they see their $$$ tank.
1 / 10 1

Sk8eM dUb
If that's not admitting defeat then the sky ain't blue. Congratulations proof-of-dev coin "Bitcoin" cash. What a bunch of rubes.
At this point is ABC just delaying the inevitable? Or is there a chance ABC can win this without replay protection?
1 1

CockBlockstream
Plan B: CockBlockstream plants moles on SV dev team then sneaks in exploits and Segwit.
You mean like the Segwit-esque Mal-Fix in AmauryBitmainCoin's ACTUAL roadmap? Christ some people huh?
2 1,000 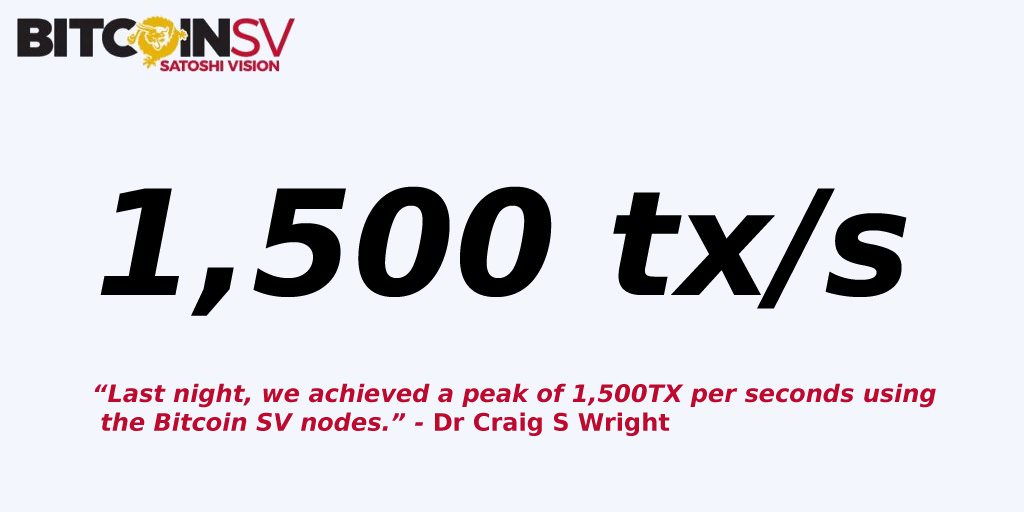 EasyBitcoin
Can someone explain to me how we are supposed to be able to scale on chain when spammers can fill the mempool to capacity seemingly at will?
There is no such thing as spam. If you pay for your TX, it is legit.
4 / 12 8 1,546

Septmike
Now under 50. Sure looks like SV is going to 0
Are you a robot? Seriously asking.
1 1

I am Satoshi
Not true in many cases. Think of the natural world, parasites work from within and are very successful. I would rather sap the strength of government for a while, then change it
“Starving the beast” doesn’t seem to be very effective https://en.wikipedia.org/wiki/National_debt_of_the_United_States
1

Septmike
I would be more afraid of a docile cat than your stupid ass posts. LMAO. A re-org is never going to happen.
The fact that you're responding so vitriolically makes it look like you are afraid. If you're so sure of yourself you'd be able to ignore me.
2 / 111 2 546

Septmike
I would clean your clock. You must have forgotten that CSW thinks BTC will be gone by the end of next year. Or did you not know?
I'd take you up on the challenge if it wasn't so easy to cheat with an AI. It doesn't matter though, your stupidity is obvious enough for posterity to observe.
1 / 4 1 1,000

Septmike
Well you either agree with CSW or you call him a liar. Let's call him a liar. A dictator liar leading SV. Cause that's what he is. You are the dumb shit.
the first casualty of war is truth
1 1

framore
how can I get BCHSV from my ledger? I want sell before it goes to zero
I got news for you, both these coins are going to near zero. Probably a good strategy to sell both and wait to see who still has hashing power on their coin in a few weeks.
4 / 15 1