GiggleStick
What would be great is if it can all be done with BCH contracts or something without a centralised repository to hold the BCH. An Oracle?
The question is how does the blockchain tell who won the election?
1 1

The number of active users is continuously increasing. Memo is on the right track. 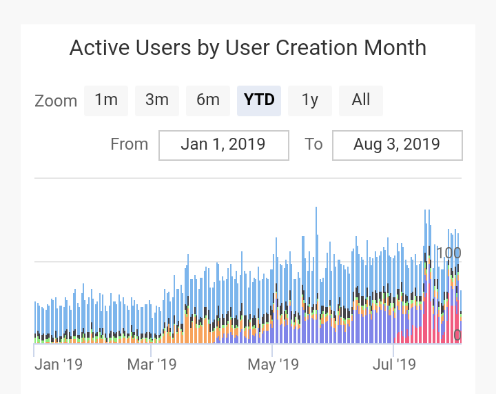 Local US Government To Use Bitcoin Cash SLP Tokens:
https://reddit.com/r/btc/comments/c7vshk/local_us_government_to_use_bitcoin_cash_slp_tokens/
1 / 3 2 2,023

Today I deleted Facebook and soon I will be deleting Instagram as a quest to live a better life and waste less time on unimportant things.
3 / 6 24 24,838

I'm still looking for one person that changed teams from BCH *to* BTC. I've seen the converse many times now. Anyone find one in the wild that is legit?
1 / 2 9 13,986

Agent J
Honestly I don't see why we are all still using paper money.
Because so few people know about Bitcoin Cash and what the ramifications of switching to it entails. There are many who would switch if you guided them.

How about gamifying memo so that you can see who or what posts have gotten the most tips on a daily/weekly/monthly/etc. basis? A leaderboard of some kind. #dailymemo
2 / 5 5 3,734

Happy #BitcoinPizzaDay! Bitcoin was meant to be spent!
2 2,000

The Bitcoin.com Wallet Is getting an update soon! And it is going to be INSANELY Fast!

"The attack was supposed to make everyone think hard forks are dangerous. The fact that we're on the other side of this even with a bug makes me feel hard forks are less dangerous because even when "something goes
2 4 2,155

Fnuller15
Schnoor signatures are uses less data space. So posting on Memo could be made even cheaper (in sstoshis)?
I believe memo's wallet software will need to be upgraded to actually be using Schnorr signatures, I imagine most wallets are still using ECDSA signatures.
1 600