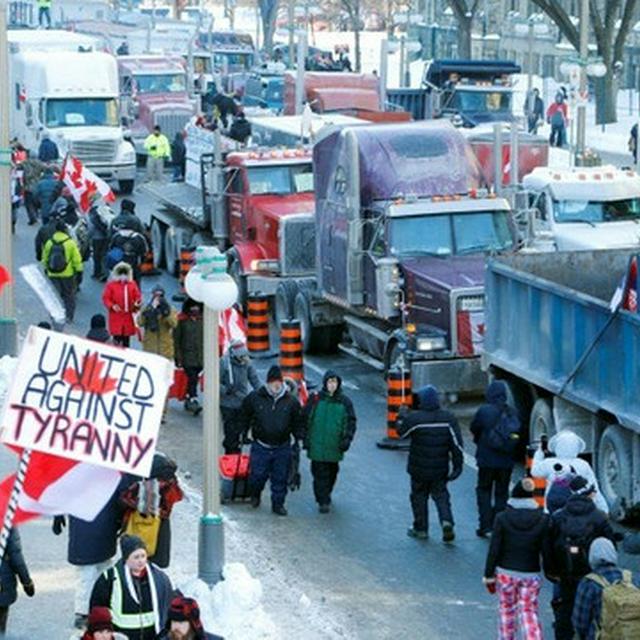 The Canadian Freedom Convoy is a peaceful protest of truckers and citizens speaking out against vaccine mandates and the government's heavy handed approach to curbing the spread of covid.

Memo.cash is freedom of speech!
1

I hope everyone is prospering. I just wanted to thank everyone who stands up for freedom. We need more people like you.
2

I wanted to thank everybody who donated to our cause. We've been able to donate over 10 BCH to truckers and their families. It's not much compared to the BTC guys, but I'm proud of us!!!
1

ALERT: PayPal/Venmo accounts are getting locked!

We need your help to spread the word of the DC Freedom Convoy! All contributions given directly to truckers.

With Liberty and Justice for All

EVERY SINGLE FUCKING SATOSHI THAT IS SENT TO THIS ADDRESS WILL BE GIVEN DIRECTLY TO TRUCKERS AND THEIR FAMILIES. THAT IS MY SOLE PROMISE TO YOU ALL.

And now we're on the blockchain.

I'm working on a funding platform built entirely on the Memo protocol. More details to come.

Hello freedom lovers! With your generosity, we raised a little over 0.25 BCH for the Canadian FreedomConvoy! Now, hundreds of our brothers and sisters are getting arrested in Paris. Let's stand with them!
1

KEEP SUPPORTING THE #FREEDOMCONVOY! THEY CANT STOP US ALL!
1

I just gave 0.1 BCH to the #FreedomConvoy, on behalf of all of you. Thanks to all of you who supported the cause!

(2/2) At 10PM EST, I'm going to take all funds donated to this wallet and send them directly to the FreedomConvoy flipstarter. It will be a nice bonus for them!

(1/2) My father has been a truck driver in the US for the last 35 years. Even though I'm a software developer, I have nothing but respect for the profession. The #FreedomConvoy is a bunch of people just like you and I
1 32,800

Only two more days to contribute to the #FreedomConvoy!
1 / 2 1

They are arresting truck drivers tonight in the city centre in Ottawa. If you stand with the FREEDOM CONVOY, consider making a small donation to our cause.

Thanks to all who have contributed to FreedomConvoy.cash! With your help, we've raised 25BCH so far! All proceeds given directly to drivers. Fuck Kickstarter!

At the request of the Canadian government, GoFundMe has announced it is refusing to release the funds to the organizers! Total horseshit! All BCH to charity:

If you'd like to contribute to our campaign (if you have the means):

Hi Memo.Cash! I just wanted to remind everyone there are only 4 days left to pledge support for Canada's truckers, who work hard each and every day to support all of us and their families! https://freedomconvoy.cash/
1 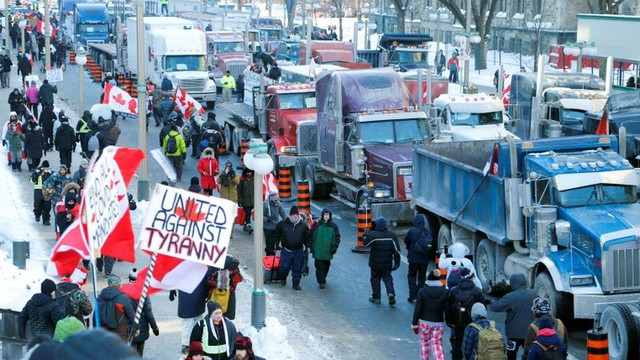 The Canadian Freedom Convoy is a peaceful protest of truckers and citizens speaking out against vaccine mandates and the government's heavy handed approach to curbing the spread of covid.