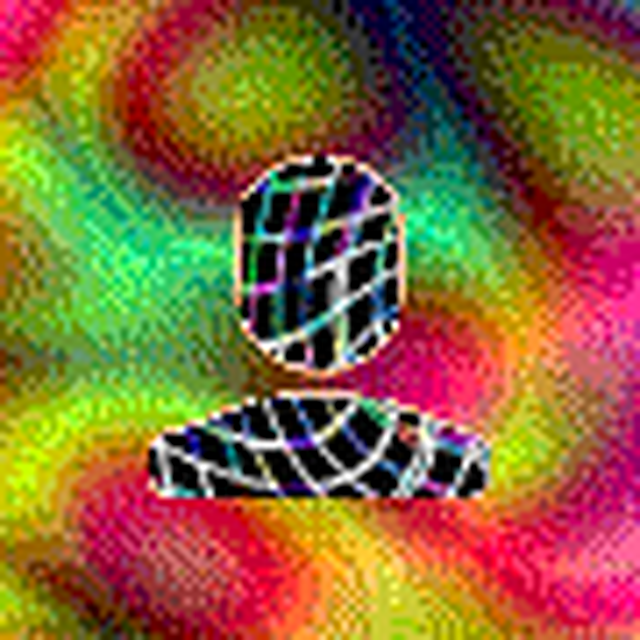 Get the memo!
Verification: https://ftrader.github.io/posts/misc/welcome.html

While working on re-members, i found some very unoptimized database code. I fixed it up and member.cash is showing feeds a lot faster now.
1 18 54,610 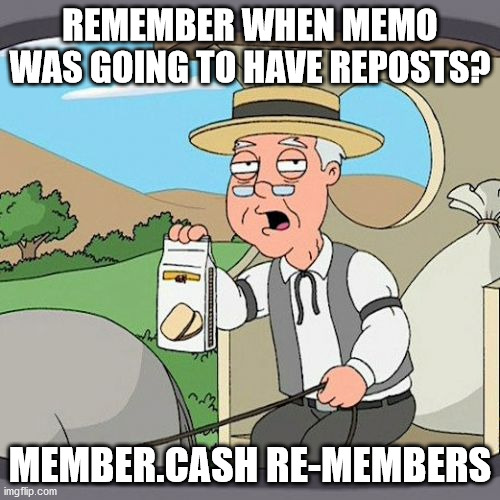 Too bad, I thought that exchange was really cool. 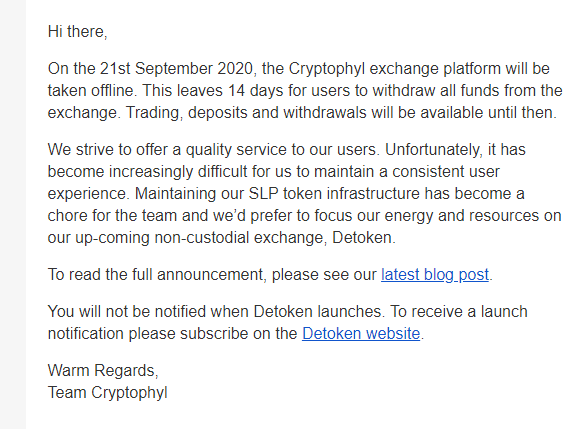 freetrader
Subscribe to this new Memo topic to get the news about bounties run by the BCHN project: https://memo.cash/topic/BCHN+bounties
Or view it on member https://member.cash/#topic?topicname=BCHN+bounties&start=0&limit=25&order=new
4 20,000

Subscribe to this new Memo topic to get the news about bounties run by the BCHN project:

Bounties created by BCHN will be posted here.

"Putting something on-chain is a stronger version of putting it online.

FuckBlockstream
He literally just said that he is benevolent dictator of BCHN
Reading comprehension problems?
2

It is quite impressive that BCH (mostly) holds it's 5th MC spot despite all the drama with ABC. It should give an indication of how much it can moon when ABCs IFP has been ousted from BCH.
1 / 4 10 17,119

I've noticed that people on Twitter can see that we are talking about them here. The memo bot involved has 8100 followers!

freetrader
Mr Vermorel picks out two merge commits (!) from BCHN's GitLab version control history to demonstrate that he does not understand how merge commit history works in GitLab. He is right about one thing.
you should do an AMA (ask me anything) via member.cash / memo.cash
1 3 1,000

Georg Engelmann
you should do an AMA (ask me anything) via member.cash / memo.cash
That sort of exists, and is called

BCHN does not have any "Lead Developer".

It has developers & maintainers - and a "Lead Maintainer".
I'm currently that Lead Maintainer. Apart from that position we're a very non-hierarchical open source organization.
1 / 5 16 128,203