"For the world is hollow, and I have touched the sky."

Could the coinshuffle protocol be repurposed to play POGs with SLP tokens?
4 199,444 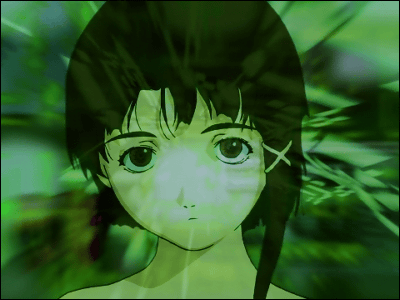 You know you've got a good grasp on crypto when you don't take being called a nonce as an insult, but a critical part of functional society.
3 2,000

White men are people too
OK, about the latin, I'll take your word for it. About the movie, not sure why I felt like calling it horrible really, cause I don't really remember much of it beyond that scene.
We're all just taking someone's word for it when it comes to languages. 'Tis true much of the movie is quite horrible (in a cinematic sense).

White men are people too
Some horrible movie I watched long ago had a theme of the difference between "libre me" (save me) and "libre tuteme" (save yourselves). So it would seem tute is latin for something.
"Tutame" is a reflexive pronoun ... "tute" is self ... "me" is first person. There are parts of that movie that are worthwhile.
1 / 5 1

TheLegendaryTwatter
And the crypto startup grave gets a new member...Not sure what their founders expected. Even in shitholes people have smartphones and sms is not just insecure but expensive as well.
Always viewed it as an on-ramp ... once the town's on-board, the gangway's no longer needed.
1 2,048

BMAP.APP 1KfJVR
Anyone knows how I can find out if the access to a specific domain is being blocked by the ISP or by the domain host?
Run a traceroute on the IP address...also might want to check to make sure the ISP isn't handling your DNS requests.
1

khawaja syaad mehfooz
What is memo. I am not sure about Memo site...
What are you not sure about? It's social media where your posts are being stored on the bitcoincash blockchain.
1

White men are people too
I actually doubt that this place is as uncensorable as it is being portrayed. I prefer to treat it as "Not yet censored"
The protocol is uncensorable, but this particular "place/interface" could be captured.
1 / 48 4 2,048

SILENTSAM
Sad to see he community turn on them. They are the best BCH devs. Sad to see BCH will fail due to the community constantly splitting and infighting.
"Sad to see life will fail, due to all this constant evolution."
1

ABC is cashing out their credibility: Their payout will be great, but the cost is irreplaceable.
2 / 6 2
1

White men are people too
I was not aware that there was a dragon in my fairytale. I hope he is a good dragon who only eats bad people, and only when they refuse to pay for bridges
I think dragons only eat people when they are hungry, and simply play with them unto death otherwise...but I've never met one.
1 600

White men are people too
In a real situation, at some point it would be natural to say that this guy should have some kind of disadvantage for refusing to pay for the bridge, and I would not call that theft.
When the dragon hoards all the gold, you don't beg him to give you some to build a bridge: You stop using gold, and force him to beg you for food (beware, dragons eat people).
1 / 2 1 600

White men are people too
So what if he is extorting them? He says, everyone has to give me exclusive rights to (say) selling food to you, or else I refuse to pay for the bridge.
Bridges are not built out of money.
1 / 4

BMAP.APP 1KfJVR
What poor people really need are competent math & language teachers. Sending them donations to pay for their food is actually counter productive as it manifests their victim mentality & makes them dependent.
Poverty is not always due to incompetency, just as wealth is not always due to competency. Knowing how to fish does not yield fish if fishing itself is outlawed.
1 / 2 3

Septmike
Yeah but organizing a rigged election in multiple states is a piece of cake. LMAO. . Give it up already man. Not even worth arguing this.
I carry no banner to drop, and never said it wouldn't be a slog to attempt. I agree top-down is easier and much more likely, but it is not the only way tor rig.
3 547

Septmike
Maybe in a smaller setting like a bingo hall. Not a national election or something major.
Smaller venues are more difficult as all participants have direct eyes on the action.
1 / 2 1

Septmike
For an election to be rigged it has to be a top down operation. If someone decides to chuck a few ballots. It's sad, but that is not rigged.
You can rig from the bottom-up, but it takes far more people. #shipInABottle
1 / 4 1

JZA 1Pcvd2
Would be nice if Memo had a Template engine and a way to insert custom CSS.
#Tampermonkey should work. Learning curve isn't bad.