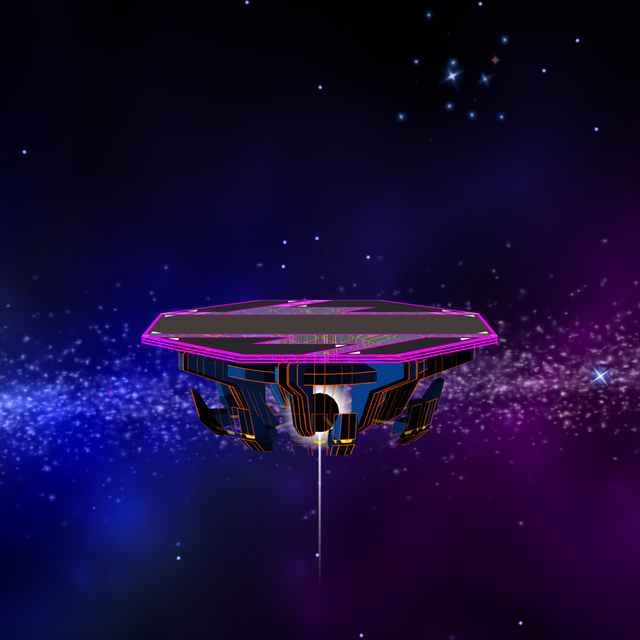 Humanist - let's find a way to support each other, not tear each other down. Immutable communication will make us all stronger. Loves - Vinyl Records, Smash Melee, Zucchini Hates - Humidity, Allergies, Plastic Wrap

Wish I had had a chance to see the thread. More traffic into memo is always a good thing, especially if it's people who appreciate that censorship is impossible.
1 / 4 1

That's what makes bch such a bargain. As soon as people realize what is right under their noses... It reminds me of when BTC first hit 1200 after a big bull run then dropped back briefly.

Got into it after hearing about it through media coverage of Mt. Gox, saw through the noise to the potential. Spent a lot of time since then spreading the good word and adoption.

America in one image 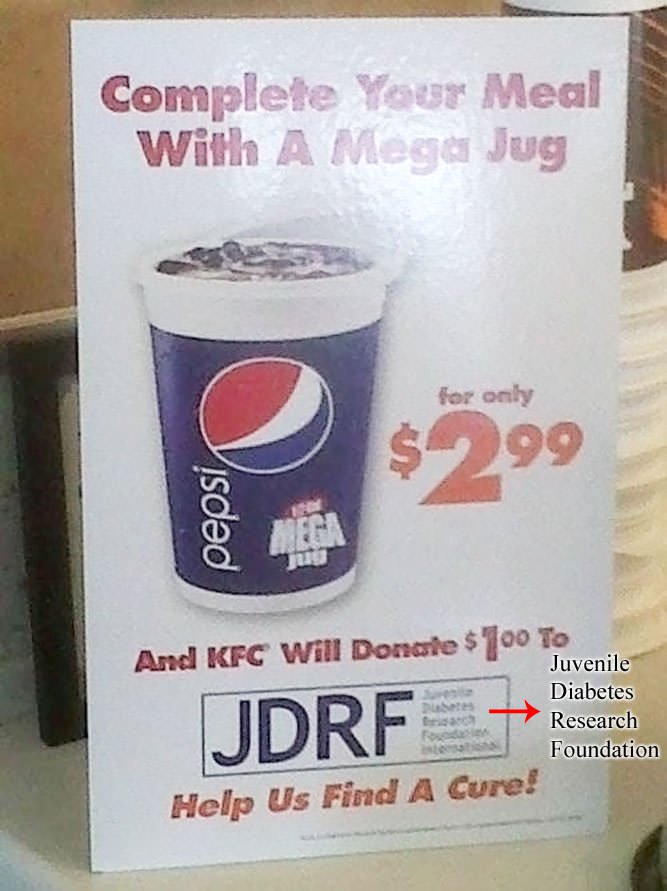 ouch. That KFC image hurts my heart and brain

I am in the same boat Snugg, hahaha! Good luck to all the new followers framore is sure to get =]
1

Yes.... these are incredible times. Thank goodness platforms like this still exist and are resistant.

Price is irrelevant! Joy to use cases!

blockhead
The run time will be longer next time. No, I don't know that band :)
Dude, check them out! Interludes after Midnight and The Music Scene are my favorite albums from them.

Little closer every day. No idea how far out it is but 100% certain it will happen eventually.

There is an official topic called Memo Suggestions if you intended this to be for cosmetic or functional improvements to the GUI.

blockhead
Time for some fun. Make a meme about the future of memo, from where we are now compared to where we will be in the future. Best one gets 500k of Satoshi's finest.
Kind of a shame there was no competition last night- if you ever do another Blockhead, maybe increase runtime? By the way, are you into the band/producer blockhead? A favorite of mine
1 / 2 1 100,000

If you want it to embed I think there is only imgur support right now. And you have to link to single image. Side note - just ran a bunch of new ethernet cable and now my cat seems very suspicious.

How about allowing users to join as ghosts & make posts in test area, off blockchain. You could have a board for them that gets wiped every 30 days & they could receive tips
1 10,000 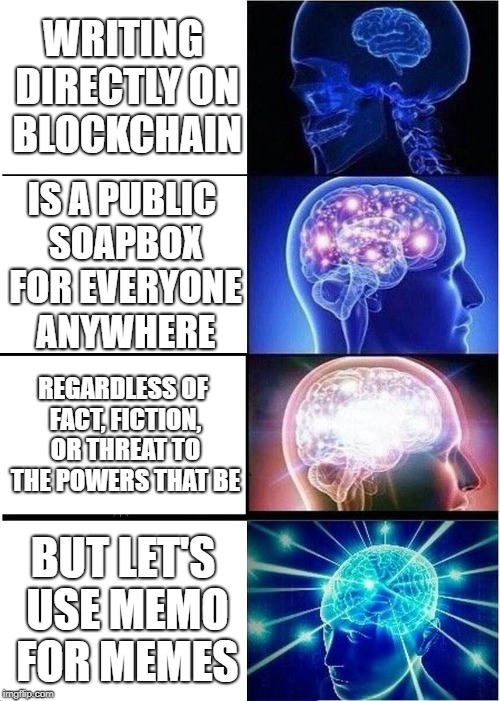 framore
Can someone guide me to actual withdraw some of the BCH to my wallet? I tried with bitcoin.com and coinomi and it is not working. I did export then put the key.. nothing. how to do it?
Use electron cash on desktop. Go to memo dashboard, hit export, copy the second thing “WIF Compressed (base58)” and paste into electron cash
1 / 3 6 8,707

Several of my favorites: Clerks - Me and You and Everyone We Know - No Country for Old Men - Demolition Man - The Graduate - Mean Girls - Milk - Seventh Seal - Naked Gun - The Jerk - Groundhog Day

Threw this together just for you @blockhead 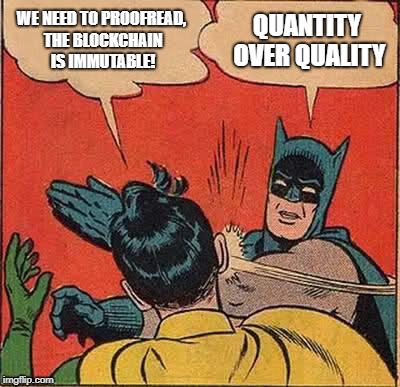 I just scrolled all the way to the top of this topic for the first time. Not at all what I was expecting. Very funny and nice idea.
2 100,000

What if you had categorization options? For example, choosing the most liked or most tipped post (or the earliest post) as the one to display under the topic header.
1 1,000 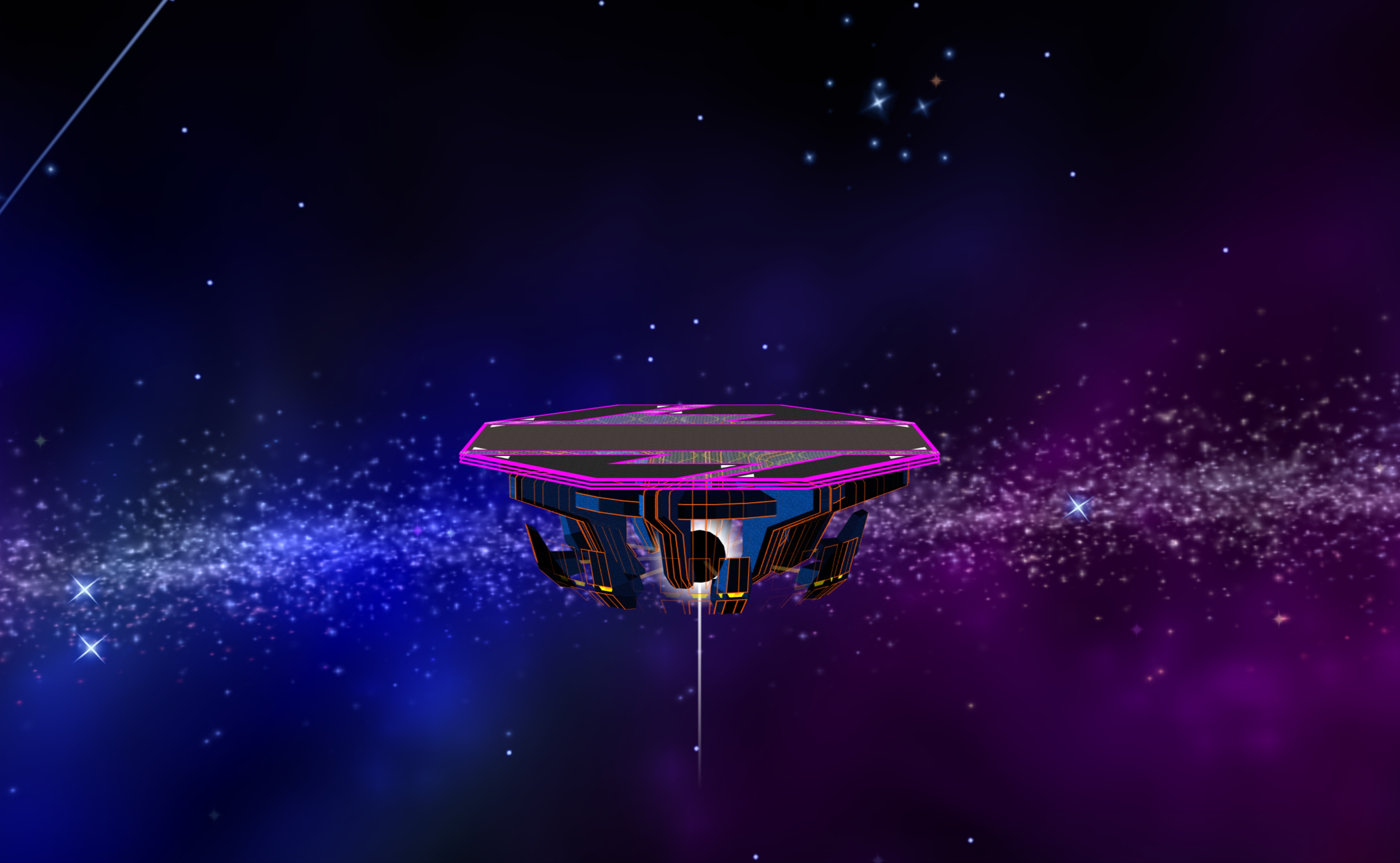 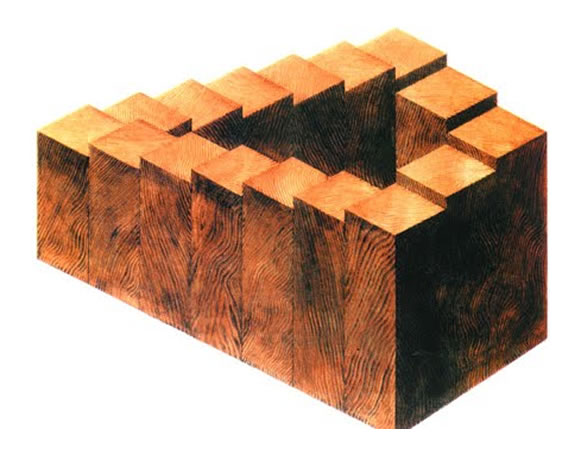