BitcoinHoarder
replied 590d
Sk8eM dUb
IDK, it seems like they wouldn't spend so much energy sabotaging the code if they didn't understand it. These astroturfing campaigns are pretty heavy.
They let Core win. They really don’t know what they are doing. What is common knowledge for us eludes them. But I’m happy they don’t get it. Let’s me load up on SV.
2 / 16 4 567

Septmike
replied 590d
You do realize that the small BCH community has now been cut in half again,right?That means not only is it going to slo BCH adoption down,but it will be difficult for SV to get started
1

BitcoinHoarder
replied 590d
SV will absorb the market cap of all cryptos and overtake BTC ecosystem. Core will be no more. There will only be Bitcoin with SV.
1

Bunch
replied 590d
C'mon man, taking it too far. You've got to know that spouting crazy talk like this just makes it plainly obvious this is not your personal opinion, just what they pay you to say

BitcoinHoarder
replied 590d
I absolutely believe this. I have a high salary job. I don’t need to get paid by nChain 😆.

Septmike
replied 590d
Again for the douche bag. The definition of Bitcoin is A PEER TO PEER ELECTRONIC CASH SYSTEM. There are many now that are considered bitcoin. The Satoshi Vision is only one way.

TrashPosterInTheDark
replied 590d
To be fair, bitcoin should also be decentralized. SV is 100% centralized under Nchain. Hash rate, development and all the businesses. For me it's the definition of a shitcoin.

yaanis
replied 589d
you are mistaken, nChain aren't the only ones guarding the original model of Bitcoin; they are just the biggest bouncer of the bunch 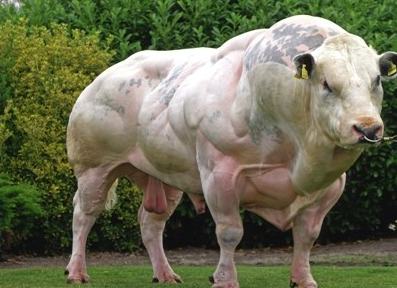 TrashPosterInTheDark
replied 589d
Nchain is guarding the SV chain so well it can't even be upgraded properly to increase capacity to global scale.
1

yaanis
replied 589d
even Amaury would disagree with your statement

yaanis
replied 589d
...the statement implies that there are no ways of ramping up capacity without changing the protocol, which is wrong

TrashPosterInTheDark
replied 589d
Then why SV changed the protocol to increase the block size limit?

Septmike
replied 590d
Yep that is what they said about BCH a year ago. It's been a year and they have over 500 listings on Marco Coino. That's hardly anything. You will be dead before it happens.

I am Satoshi
replied 590d
I agree, SV has no front man. I think they are hopping to start with some large solutions that needed a much larger chain to make the idea work. Maybe they can get some huge company

Sk8eM dUb
replied 590d
The BCH split was a double whammy because letting Core win sabotaged the main chain and simultaneously gave them command of the opposition, until now.