FreeTrade
7d · Bitcoin Cash
@p0oker There was very limited interest in raising the OP_RETURN size when I brought it up about a year ago.
4 / 16 5 1,155

ChainXOR
replied 7d
I think the tone will be different if ABC is no longer calling the shots.
4 10,555

FreeTrade
replied 7d
ABC definitely not in favor of the idea, but i sensed the feeling was more general among other protocol devs too.
1

ChainXOR
replied 7d
Perhaps some, but it is not my impression that there was a strong stance, as long as it isn't excessive like e.g. on BSV.
4 10,000 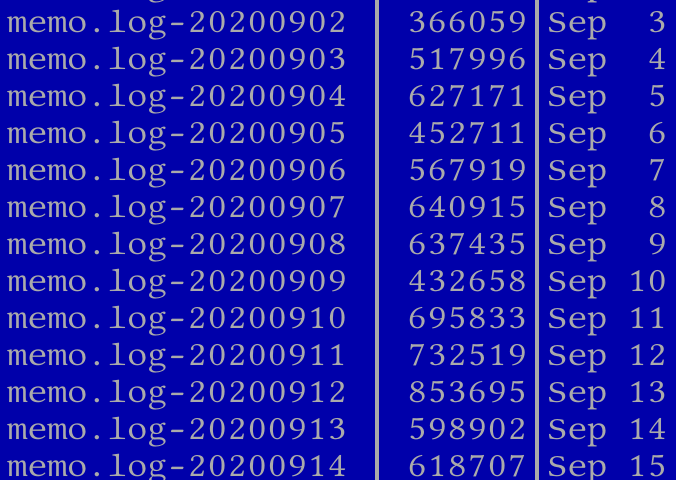 wrap some factual context around the topic:
current OP_RETURN data load barely exists.
The numbers are mostly "TX info".
1023Bytes would be OK.
2 10,000

The-One-Law_Sanctuary
replied 7d
Those file sizes are BYTES
and represent daily logs of the OP_RETURN plus supporting info.
I could count the total number of BYTES consumed
but I lost my tweezers.
2

The-One-Law_Sanctuary
replied 7d
Most OP_RETURN data is barely more than a "grunt, snort, yeah naw okay",
Most users would never use as much as 1023Bytes, too much Twitter conditioning.
1

FreeTrade
replied 7d
@jonathansilverblood asked for feedback on allowing multiple larger OP_RETURN about six months back so might be some interest there.
3 600

FreeTrade
replied 7d
Even some hostility I'd say. Most protocol devs consider it a closed matter.

Technically its a soft limit, you could broadcast and mine nodes with larger op_ret transactions. This
2

GiggleStick
replied 7d
Play the Devil's advocate, what's the harm in allowing larger OP_RETURNs? I guess it clutters the blocks, but since we have to send multiple TXs for message, the overhead makes us
1 10,000

GiggleStick
replied 7d
use even more bytes in the long run. We still pay per byte, so it's not like a larger OP_RETURN would directly cause heavier usage. Right now, I don't think anyone's worrying about it.

FreeTrade
replied 7d
It does increase development complexity. So fewer features and more bugs for the same effort.
2 13,747

GiggleStick
replied 7d
Only that the overall amount of bytes used is more, & I think the main complaint about larger OP_RETURN is bloating. I suppose there's a sweet spot. Unintended Consequences.
2

n00b
replied 7d
If we upped op_return some miners could respond by upping fees to 2 or 3 sats/b.

GiggleStick
replied 7d
If they collude, I suppose, but unless there's a lot more TX, they'd be leaving sats on the table for other miners for no large extra burden.
1